How long do honey bees live?

You’d think the answer was a simple one, but it’s not so straightforward! There are a number of factors which determine how long a honey bee lives:

It’s a bit like humans in a way. Different people living under different conditions have different lifespans!

In this article, we’ll be considering the Western Honey Bee (Apis mellifera). This is the most common species of honey bee, and can be found all around the world.

The 3 types of honey bee in a hive, and each has a different life expectancy. 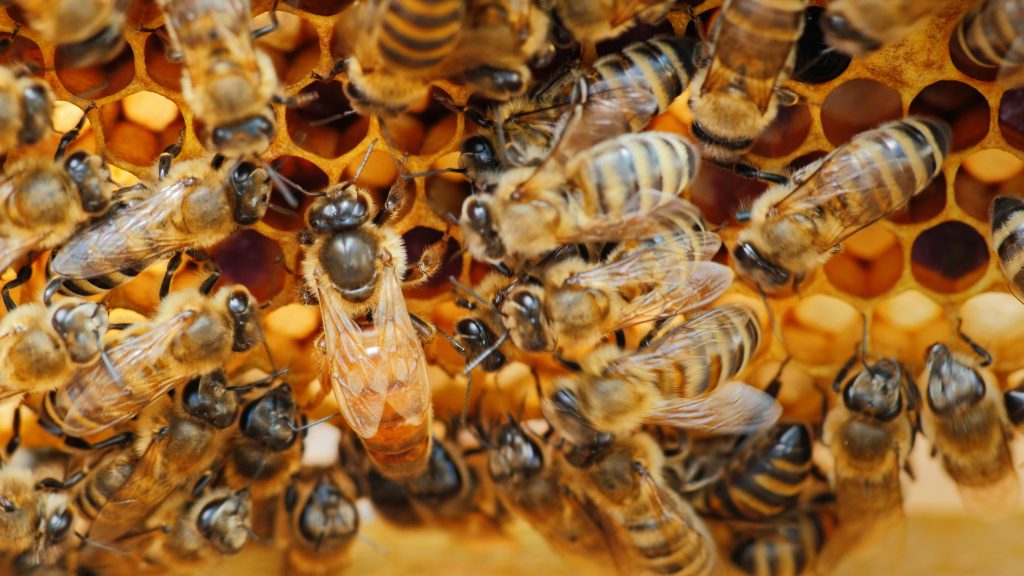 The queen bee has it better than most human queens, and live a lot longer than other bees because of it! Naturally, a queen bee will live between 3 and 5 years. However, beekeepers will sometimes replace the queen earlier to improve laying capacity.

The queen bee develops from an egg to an adult in the shortest amount of time.  She only takes 16 days, compared with 21 days for a worker bee, or 24 days for a drone.

You can see the Queen Bee in the following image. She is the larger bee whom all the other bees are directed toward.

The Queen is protected, fed, and warmed by the rest of the hive, and does not want for anything. If the queen did die, either naturally or otherwise, the workers will raise up another queen by feeding a chosen larvae royal jelly.

How Long Do Worker Bees Live? 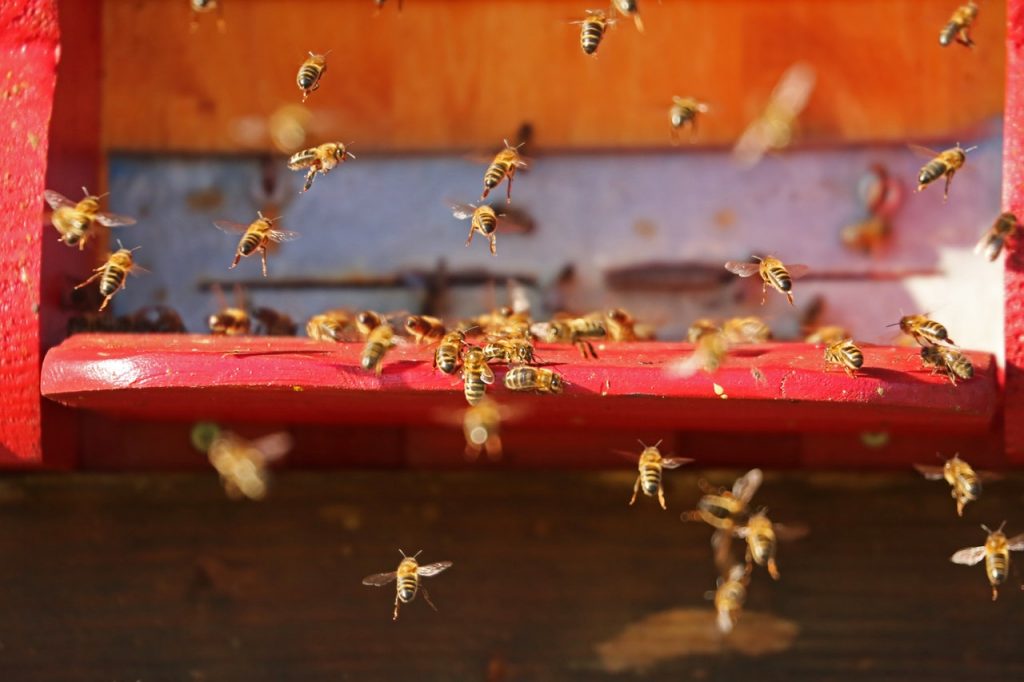 Worker bees have a much shorter lifespan than queen bees, and their lifespan depends on when they are born.

Worker bees that are born in the summer will only live 6 to 8 weeks. They work themselves to exhaustion – know anyone like that?

However, worker bees that are born before winter will live 4 to 6 months. Their main job over winter is to keep the queen warm. They take turns being on the outer edge of the cluster where it is cooler, and circulate back towards the center where it is warmer.

There are many different roles the worker bees play, including being a nurse, a guard, a forager, or a scout. This too can play a part in how long a worker be will live for.

How Long Do Drones Live? 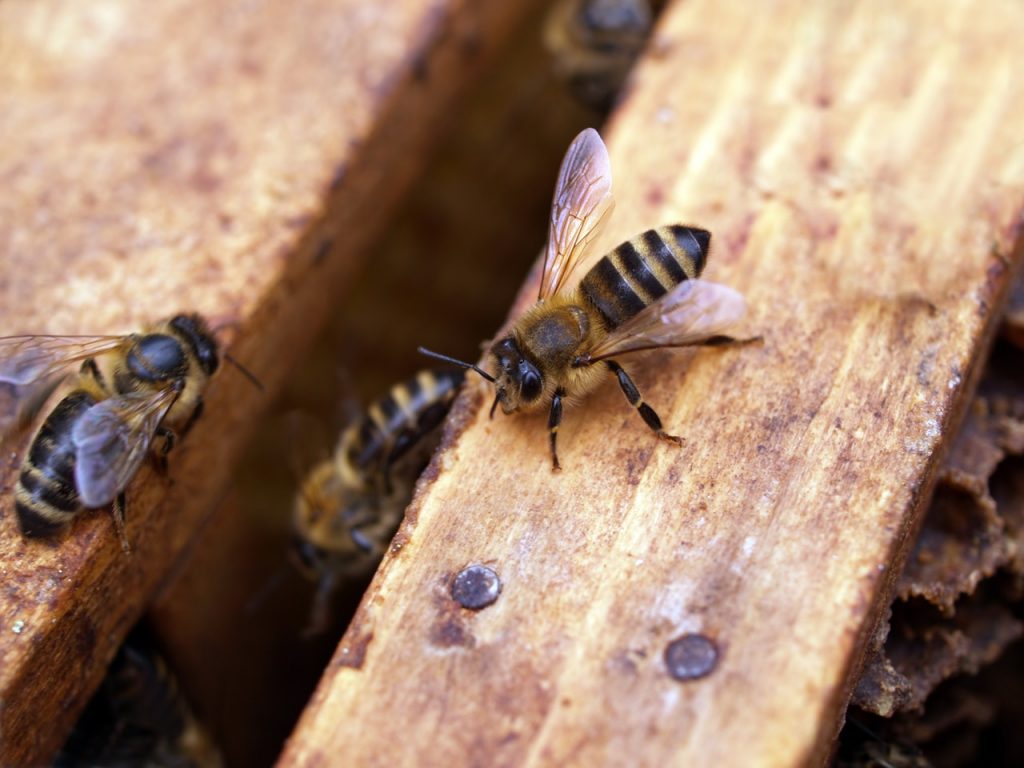 Drones average the shortest lifespan of all the types of honey bee. However, they have a lot less to accomplish in their time, so it makes sense!

Drones will live from 3 weeks to 3 months, but they will also will die after mating with the queen. This opportunity could arise at any point in a drones short life.

Drones are also kicked out of the hive before winter. Because the only things they are good at is eating and mating, they are not invited to drain the honey resources through winter.

They will leave the hive and die as they cannot support themselves.

Lifespan Of A Honey Bee

So that is how long honey bees live for: 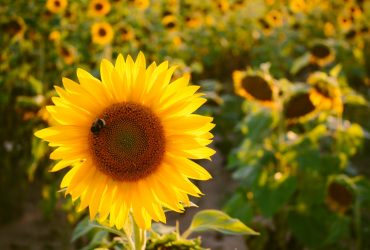 Wanting some fun facts about bumblebees?!   Bumblebees are among the most recognizable of all …
Updated: April 3, 2020
More 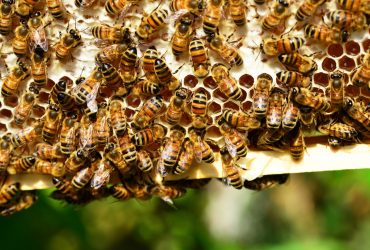 Beekeeping For Dummies!   This well known and much loved book is perfect for getting …
Updated: April 3, 2020
More 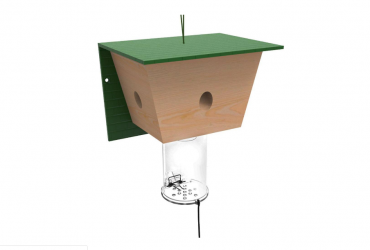 What is the best carpenter bee trap?   Somewhat confusingly, this is the name of  …
Updated: April 3, 2020
More